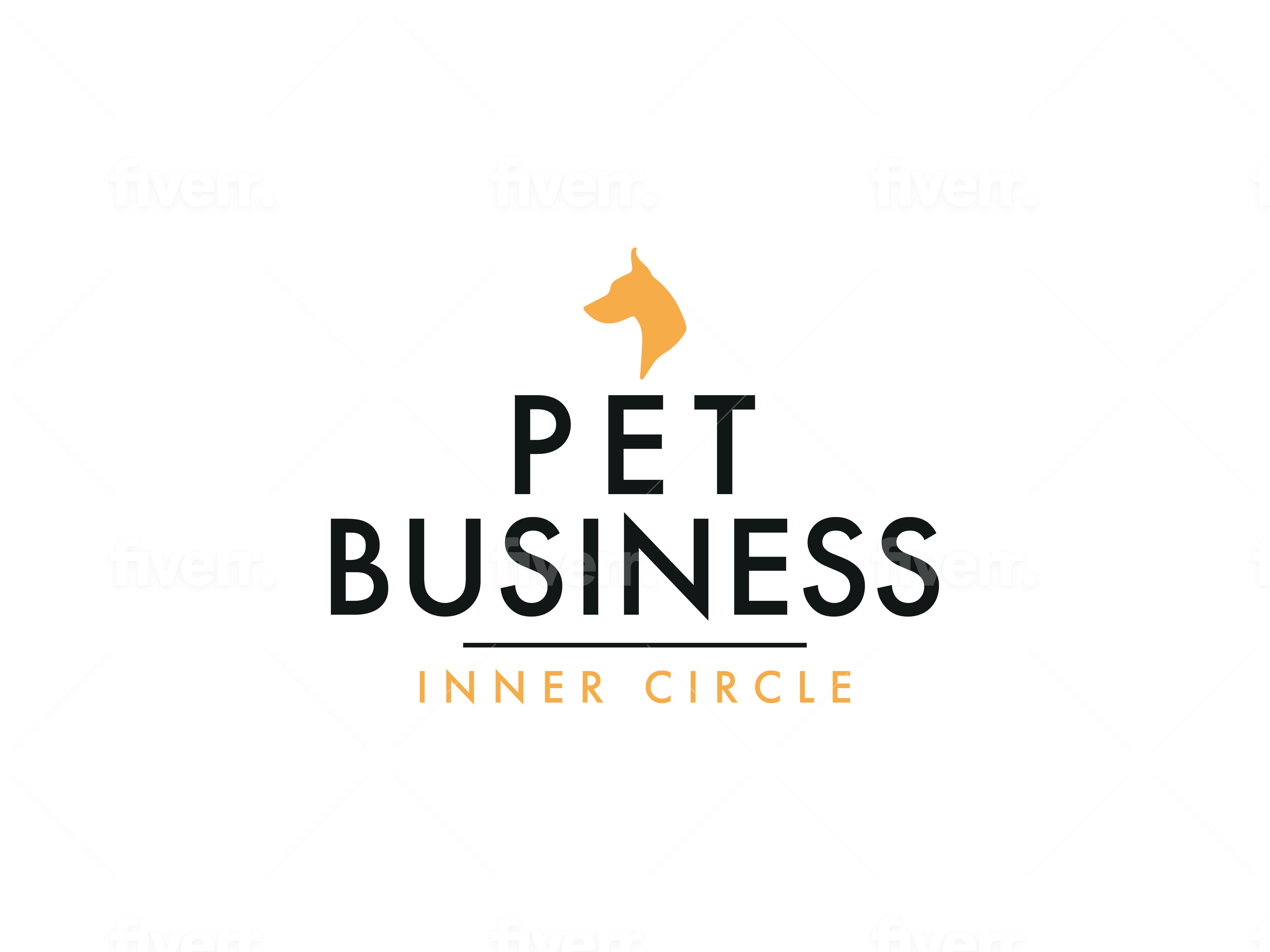 Discover How Better Marketing Helped Amy Wilson Build a Brilliant Dog Walking Business with Premium Clients and More Profit!
Find out how Email, Direct-Mail and Paper and Ink Marketing can help explode your dog walking business.
Listen and learn from Amy's inspirational story by clicking on the audio file below... 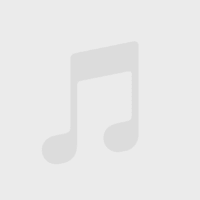 00:00
Diamond member Amy Wilson
Scallywagz Pet Services
Full Transcript Below
Dom: Right. I'm joined today by Amy Wilson. Amy, introduce yourself, darling, tell everybody who you are. I know you're Amy, but tell everybody who you are, about your business, when it started, et cetera, where you're based.
Amy: I'm Amy, we own Scallywagz Pet Services based in Cumbria, we opened in 2016. So we've been going for quite a while now.
Dom: Indeed, yeah. And team, how big is the team now?
Amy: There's currently five of us.
Dom: Five. Great stuff. So 2016 you started out, what caused you to come in to my world? Tell me that story.
Amy: We were in lockdown, I was looking to improve and build with the clients that we had. Obviously it was a big of a change for everyone and you just seemed like the right fit. 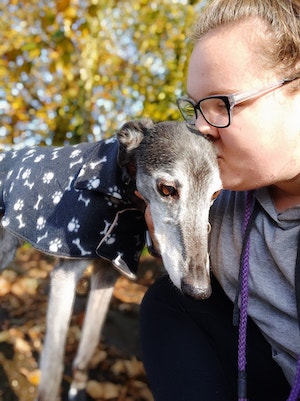 Dom: So were you looking previous to that? Had you been on the email list previous to the pandemic or was it the pandemic that was the sort of tipping point?
Amy: We've been looking before the pandemic, but we signed up during and followed on from the 33 ideas.
Dom: Cool. So it's just interesting people to see, that the different ways that people can come into the business. So you're on the 33 Ideas for a while, you've been kind of sniffing around, but it was the pandemic that... Was it a challenge or did I sell something?
Amy: I did the dog walker challenge on Facebook. And then we joined.
Dom: And then you joined, the PBIC and then, if I remember rightly, once I got on the phone with you, that might have been a point where I might have mentioned Diamond as an option. Because basically the size of the business and how busy you were at the time. What were some of the things that were, what were you looking for help with exactly?
Amy: Mainly how to upgrade current clients to suit us better, more than suit them better and how to run behind the scenes more efficiently.
Dom: You find it was running away from you a bit? Which it does to a lot of people. So cool. So you wanted help with, did you say upselling the clients or upgrading them? What did you mean? You wanted to get more clients who were a better fit for you?
Amy: We wanted the current clients to, say they were once or twice a week to upgrade, to a four, five times a week.
Dom: I see. Cool. So you wanted to sell more to the existing clients. 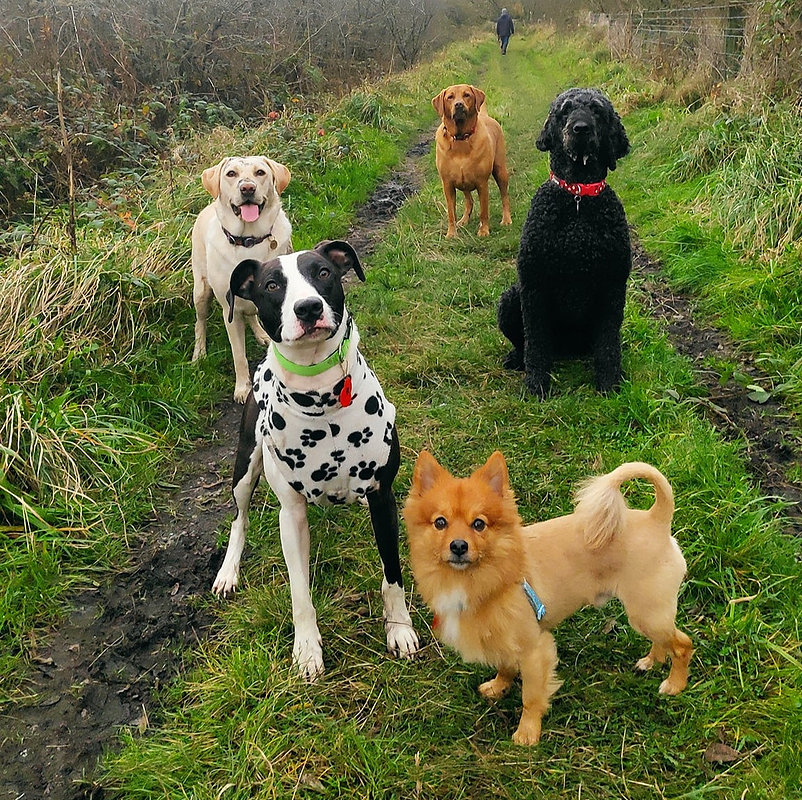 Amy: Yeah. For the most part we've done quite well. Through lots of emails, lots of postcards, just generally showing the customers what they're missing out on.
Dom: Definitely. How did you find this, this getting into the whole selling of it?
Amy: Once you've done it once or twice, it gets pretty easy. You can recycle content and things like that, just to push to different people.
Dom: Yeah, you can indeed. I just talked about that with the previous person, actually as well, recycling content. So we're introducing upsells, price increases as well?
Amy: Yep. We had a big price increase when we reopened after the lockdown.
Dom: Cool. Well, you got really busy, really quite quickly. The problem was we had really too many clients, we had too many enquires. So you did a good mailing as well, didn't you?
Amy: I did.  We started off with newsletters, just a bit about what we're doing and a bit about where we live and things like that. And little photo gallery at the end, which the owners loved, because it meant their dog was in a little newsletter. And then we did some postcards and things for current clients and let them know how the dogs were doing, and that went down quite well. And any new clients that joined, they all get postcards and little welcome packs and things like that now.
Dom: Cool. And you find that's made a difference? Are the clients who we've picked up in the last year, are they moving on to higher priced walks quicker?
Amy: Yeah. 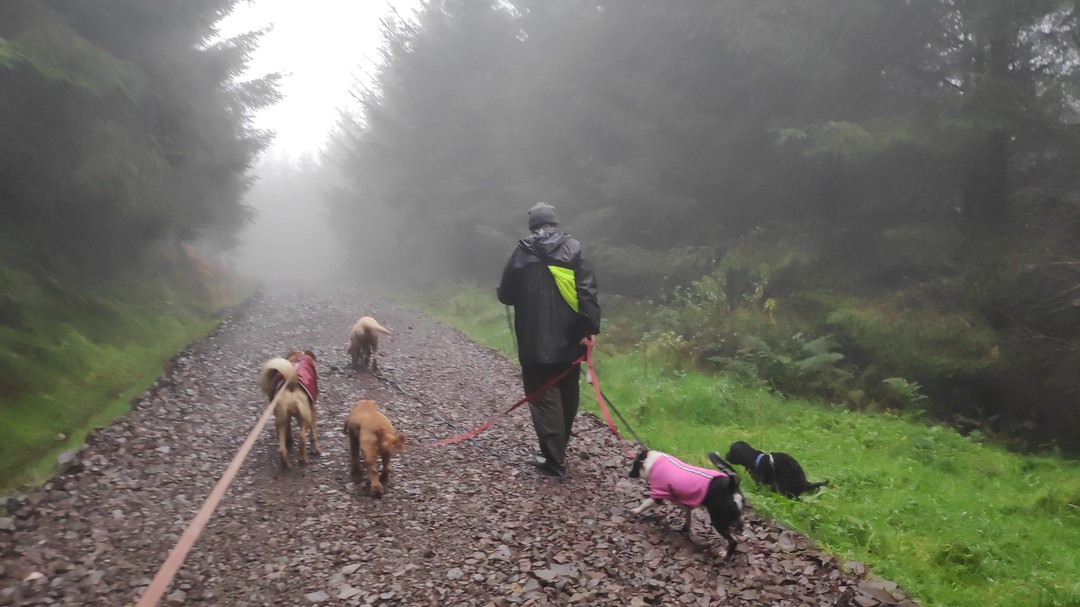 They're moving a lot quicker or they're just going straight for the higher one without thinking about it.
Dom: Amazing, isn't it? I mean, I can remember even, and this is a big thing. For some reason we fear offering people more stuff, we avoid it and either more of the same or more of the higher price thing. But almost inevitably, if people are happy with your service now, why wouldn't they want more of it?
Amy: Yeah. I used to think it's quite rude, but now it's just second nature for me to push people.
Dom: You've changed, Amy.
Amy:I have! 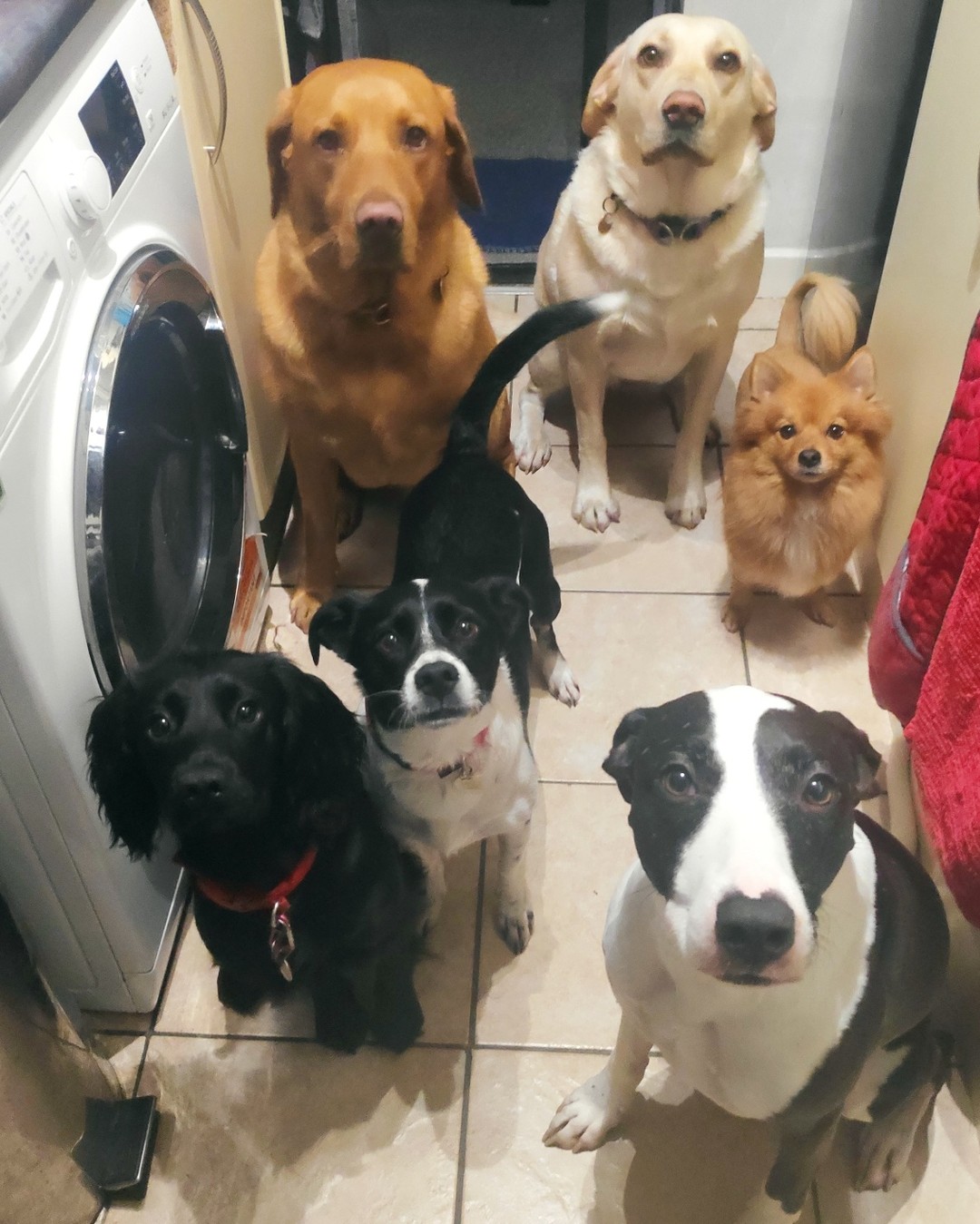 Dom: In a good way, you might not agree, but I think it's definitely in a good way. Cool. So tell us a bit about kind of what the business looks like now then, compared to what it looked like when you came into Dom's world.
Amy: So when we came in, we had just lost quite a few customers because they were working from home and that kind of thing. They very quickly came back when I told them we were open and we were doing this new thing, and explained to them what the new services were and then from there it's just built out.
Dom: Yeah. The mailing you did as well, that generated a lot of interest, the big one.
Amy: Yeah, the leaflet drops.
Dom: The leaflet drops, yeah. So successful, you've hit the right pain points and everything, didn't you? It just filled the books, didn't it? The return on investment was massive, wasn't it?
Amy: We've had a few people stop us on the streets to ask if it was our leaflet and that kind of thing, and they recognised us too. So it was a bonus.
We've had enquiries all the time, to the point where we've closed them now, because it's just too busy. 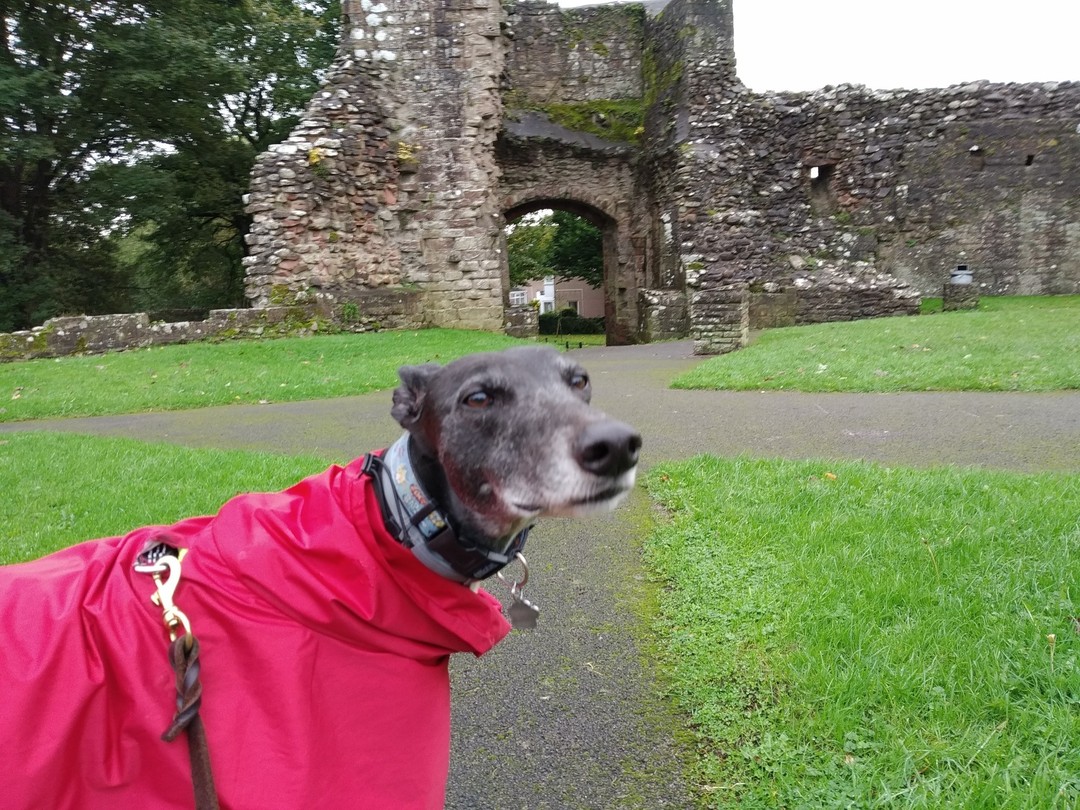 Dom: The power of paper and ink. Brilliant. And so recently we've undergone some more changes in the business. So thinking about you stepping back a little bit from what you were doing before, which kind of, I think needed to be done anyway really. Do you know what I mean? Just because the way that the team was growing and you've got to have somebody who's organising everything, but not as well as doing two or three other jobs as well.
How have you found that side of the, from the coaching point view, how you find that side of things, tackling things in the business that maybe you didn't want to do? Obviously we talk about finances and savings and stuff a lot and organising, getting rid of stuff that you don't need and all this kind of thing. And then your role as a business owner, how have you find it help in that sense?
Amy: It's been quite easy, to be honest. A bit of a chat and a shove and told it's going in the right direction, is all you need really. Then once you see the first result after, that's it, you're on a roll.
Dom: Yeah, definitely.  It's been nonstop really, since you came in. Now I'm super proud Amy. What about the team, home life as well, the clients, what's the general... How do they feel about the business any differently and you, since these changes?
Amy: The team are a lot happier, because things obviously run a lot smoother when you know what you're doing, so that helps. The clients love the new adventures, and the different options of things, and the fact that they can upgrade to more exciting things. And family is loving a bit more extra time. 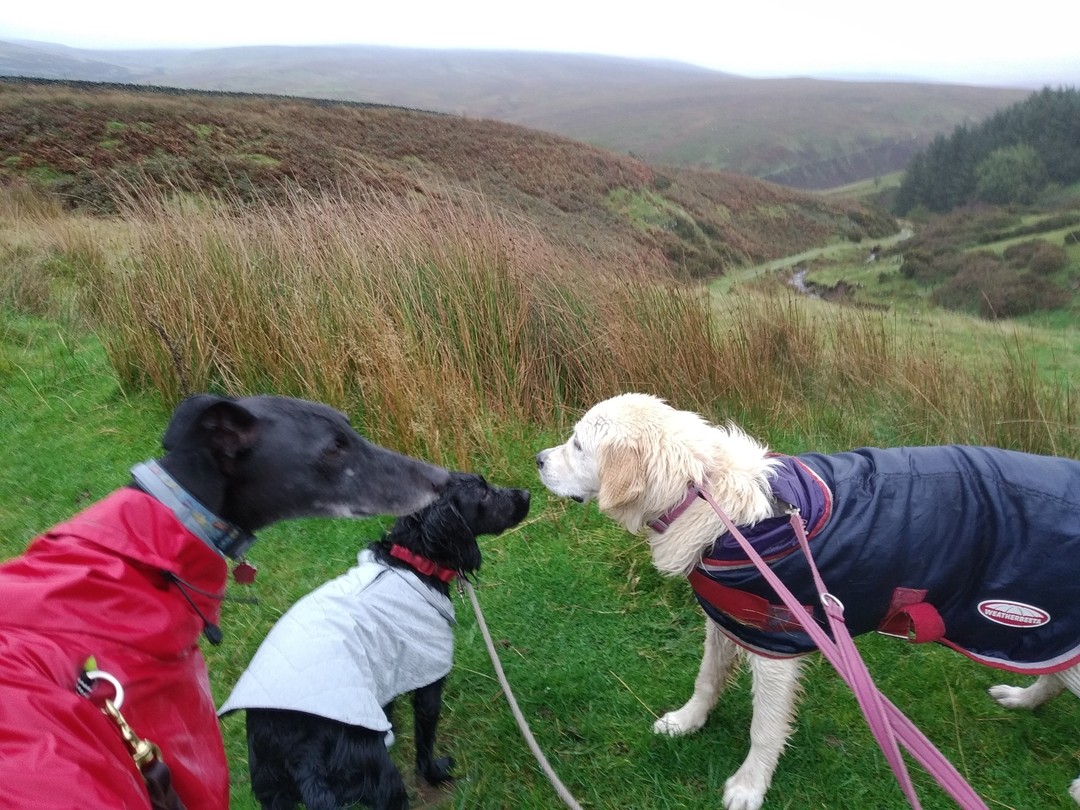 Dom: And you, what about you, business owner?
Amy: It's great. It's a lot easier than it was, even though there's more going on, it's kind of simplified it a lot more. Which I wouldn't really expect getting bigger, but it has got a lot easier.

Dom: You really do have to strip back and I talk about this in the presentation for tomorrow actually. Before you systemize and scale stuff, you really need to strip back first, don't you? And say, "Right. What isn't working? What do I not like? What isn't really making us much money? What's sucking all of our time?" We deal with those things and then that usually frees up time for you to introduce the higher price services and stuff. And then often you can radically transform a pet business, by not even actually taking on any extra clients or many extra. By just kind of changing what you're offering, and making it more profitable and better for you, the business owner.
Amy: Yeah. No, it's made a huge difference for us.
Dom: Super duper. Amy, thank you so much for your time. I really appreciate it. Because I know you're passionate about today. Where can people go to find out more about you and what you've done?
Amy: Our website's a great place to find new things. So it's scallywagzpetservices.co.uk. There's all sorts of different things on there, different pictures and that kind of thing.
Dom: All kinds of stuff. Amy, thank you so much for sharing your story. You guys listening, if you want to know more about the coaching that Amy talked about, that Amy's still a part of and she's benefiting from now. Click on one of the links below and you can get your application in straight away. Amy Wilson, thank you so much, once again, you have a good rest of the day.
Amy: You too, Dom. Thanks.
Check out Amy's website here
If you would like to join Amy in the Diamond Coaching Program then check out the links below.
Start my Diamond Application NOW!
Dom can help give you the confidence and clarity about exactly what you need to do right now to radically increase your pet business income.
Inside the Diamond Coaching Program Dom can  help you maximize your results.  Dom's  Diamond Coaching includes:
Start my Diamond Application NOW!